A dream come through for Emer Keenan

“Any young hurler picking up a hurl or footballer kicking a football, their dream is Croke Park” – Dublin captain, Emer Keenan

IT HAS been a breakthrough year for Dublin Camogie, with the Seniors, Minors and U16s reaching the last four of their respective Championships.

The Premier Juniors managed to clear the penultimate hurdle and they will represent the county on Liberty Insurance All-Ireland Championship Final day, the first of three consecutive Sundays in which the Sky Blue jersey will feature at Croke Park. 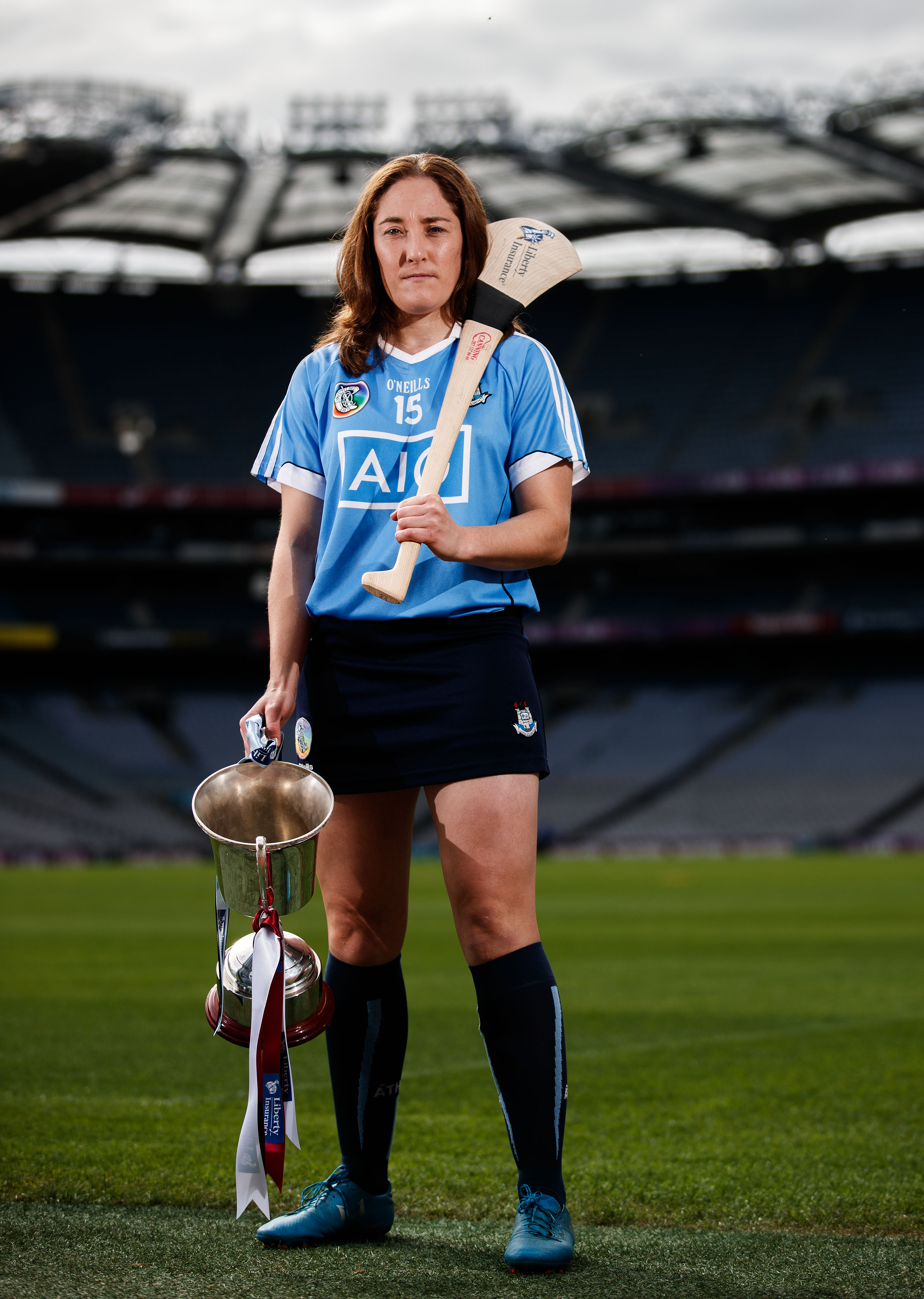 Emer Keenan would love to lift her second trophy as Dublin captain this year, having already led her side to success in Division 3 of the National League.

The fact that the cup on offer is named after Kay Mills, the legendary Metropolitan star who won a record 15 All-Ireland Senior Championship medals, doesn’t really add to the incentive – there is no greater incentive than winning an All-Ireland – but no-one turns down a cherry on top.

Keenan is not allowing herself to think too far ahead however. Instead, she is relishing the build-up and the fact that there is such talent flowing through.

“It’s an exciting time to be involved in Dublin Camogie, this year especially” says Keenan. “There was great progress made at Senior level and when you see your top team making that kind of progress, it pushes the teams that are following in their footsteps on that little bit further.

“For ourselves, we looked at the Seniors playing Wexford the weekend before our Semi-Final against Kerry. A lot of us were down supporting and to see the girls at the final whistle of that game, we wanted to recreate that feeling for ourselves going into the Kerry (Semi-Final). Success breeds success and it’s a great time to be involved in Dublin Camogie.

“The players coming through at underage is a credit to the work that’s going on behind the scenes at club level and intercounty level. The commitment that those young players are giving is starting to bear fruit. It’s starting to bring on our own team and the Senior team as well.

“These big days, they don’t come around very often. I suppose every player and every team sets off at the beginning of the year, whether it be club or county, to reach that Championship Final. It’s only two lucky teams at whatever grade that reach the Final. When they do come around, especially when it’s an All-Ireland Final, it’s a case of taking everything in and enjoying every moment of it.

“Kay Mills has a very significant tie-in with Dublin Camogie but that’s something to think about I suppose at the final whistle… you don’t think past the 60 or 65 minutes of Camogie that are ahead.”

Keenan knows all about development at club level, having dedicated herself to that process with Lucan Sarsfields before deciding at the relatively late age of 27 to see how far she could take her own game, having played with Dublin at U14 and U16.

She bagged an All-Ireland Junior A memento in that first year. This is her fifth season as a member of the second string and the 31-year-old is as enthused by the way in which the likes of Minor captain Evelyn Twomey have flourished in adult competition under the management of Shane Plowman and his staff, as she is by anything she has achieved herself.

Now, she can’t wait for the throw-in, to play for Dublin in an All-Ireland on the sacred sod.

“Any young hurler picking up a hurl or footballer kicking a football, their dream is Croke Park.”

Sunday represents their sternest challenge yet. Westmeath are the only team to beat them this year. It was by the minimum however, 1-10 to 2-6 in the last game of the group phase at Parnells on July 29th. Both teams had already qualified for the Semi-Finals on that occasion but this time, it is winner-takes-all.

“There was only a puck of the ball between us when we played in the group stages and I would imagine the Final will be something similar. We have improved through the group stages and whether we’ve won or lost we’ve taken something from the games and we’ve worked on it. Hopefully those little bits we’ve picked up along the way will push us over the finishing line on the 10th of September.”