Two Dublin hurlers have been shortlisted as 2019 All-Ireland kingpins, Tipperary, lead the way in the PwC All-Star hurling nominations with 11 names included.

The stellar displays of Eoghan O’Donnell and Chris Crummey have been acknowledged by their inclusion among the 45 nominees.

The recently crowned champions are represented in every area of the field and received two more nominations than the Kilkenny team they beat in the final, whose season is rewarded with nine.

Leinster champions Wexford have been honoured with eight nominations while Laois’ Joe McDonagh Cup winning season is acknowledged with two nominations as goalkeeper Enda Rowland and defender Jack Kelly make the cut after a campaign that also included a championship win over provincial rivals Dublin.

In all, eight counties make the cut with two awards each also for Cork, Dublin and Galway to round off the list. 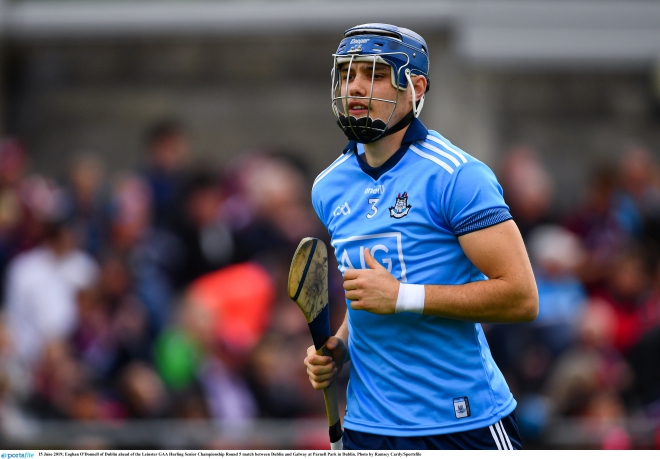 GAA President John Horan acknowledged all of those players selected.

He said: “Congratulations to all 45 players who have secured a place on the short-list of nominations for the PwC Hurling All-Stars and those selected for Player of the Year awards also, after what was another great year for the game.

“The standards set by the names on the lists helped drive the quality of the games we witnessed over the course of 2019 and I look forward to deliberations that will accompany the final selection of players in the weeks ahead before the awards are presented at the start of November.”

Paul Flynn, Chief Executive of the GPA said: “Congratulations to all of the hurlers who have been nominated for PwC All-Star Awards for 2019. They’ve all been exceptional on the pitch throughout the championship and have given us all a memorable year of hurling. The work that these guys put in behind the scenes is phenomenal.”

PwC Managing Partner, Feargal O’Rourke added: “On behalf of PwC, I would like to congratulate each of the nominees for their huge commitment to excellence both on and off the field. We are delighted to share in this celebration of Irish talent and are indebted to these players who made for such an exciting championship this year. The sacrifices made by these players to compete at such a high level deserve to be recognised and we are delighted to have the opportunity to show our appreciation”

Player Of the Year Nominees

Young Player of the Year Nominees