Daly feeling good as Dubs stand up to be counted

Dublin 1-20 Offaly 2-16
Anthony Daly moved to set the record straight about 2012 after his Dublin side’s first victory in the Allianz League for 22 months. 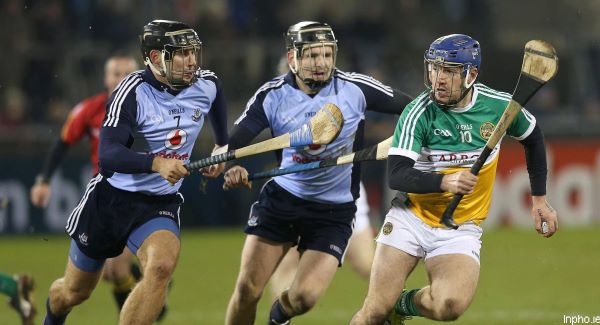 Asked about his satisfaction with ‘stopping the rot’ and standing strong in the face of a Shane Dooley inspired Offaly fight-back, the Clare legend misinterpreted the question.

Rather, he took it as another attack on his side’s poor performance across last year when they failed to record a single League win and only beat Laois in the Championship.

So before praising his lion hearted players for toughing it out at Parnell Park, and recording a first league win since the 2011 final, he gently chided the team’s recent critics.

“I didn’t think it was that bad of a ‘rot’ last year after all,” said Daly. “I know ye were all saying ‘disaster!’ and I’m reading all this stuff about last year.

“Kilkenny gave us a hiding, Clare beat us by a goal in Ennis — and everyone is talking about Clare now as possible Munster champions. It wasn’t as bad as everyone is making out.”

What’s certain is that Dublin are in a good place now. Ironically, they’ve yet to lose a game in 2013 after following up their Walsh Cup success with victory over Offaly.

“The boys are performing,” continued Daly. “That was great character by Liam Rushe, for example, right at the death. Liam called for a ball, went up and caught it and came away with it. That’s what you want, that kind of leadership at vital times. We just have to grow that now. But, look, no more than Eamonn O’Shea won’t be losing a whole pile of sleep (over Tipperary’s loss), and Jimmy Barry-Murphy won’t be getting too carried away (with Cork’s win), we won’t be either. And I know Ollie Baker won’t be. It is what it is, we carved out a win. We have four more games and hopefully we can get three or four results and get into the 1B final. That is the target.”

In truth, Dublin should have achieved the win a little easier. They led 0-11 to 0-6 at half-time and were seven clear with a little over 20 minutes to go.

But as long as Offaly possess a player like Dooley they will be capable of turning a game as they did.

The Tullamore man shot an incredible 2-6 in the second-half — including goals in the 55th and 62nd minutes — that rocked Dublin.

Thankfully for the hosts they hit a goal in between themselves, from Danny Sutcliffe who scooped home the rebound from captain Johnny McCaffrey’s blocked shot.

And when the chips were down they also had a class act in Conal Keaney who shot 0-5 from play including what turned out to be the winning point three minutes from time.

“It would have been devastating not to get the two points when you did dominate possession,” said Daly. “You’d have been shaking your head if we didn’t come away with the win.”

Offaly manager Baker took positives from the stellar performance of Dooley and those of newcomers Sean Gardiner, David King and Tom Carroll. But he warned they can’t afford any more slip ups in their own race for promotion.

“It’s very simple for us now – we can’t afford to lose any more matches,” said Baker, who rued the loss of captain David Kenny with a hamstring injury. “That was an awful blow, we have a young defence and he’s our captain, our leader. I’d be happy to a certain degree with our performance but, ultimately, we’ve no points on the board.”