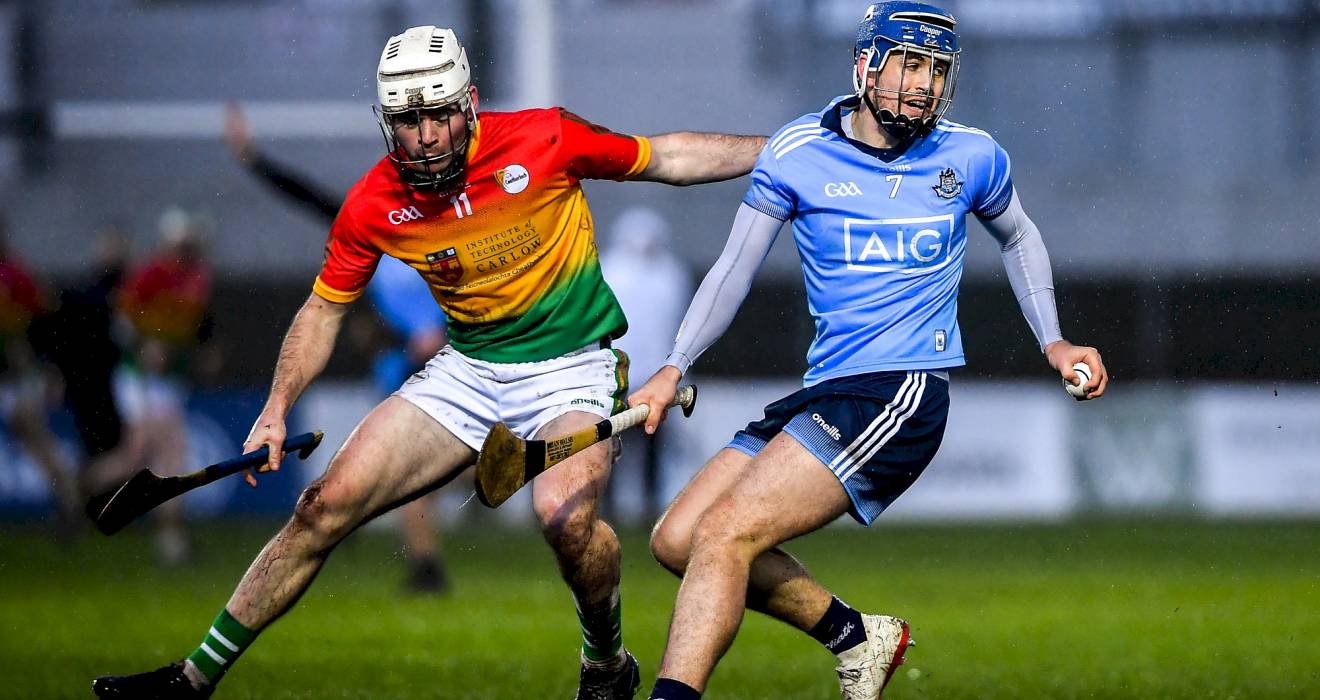 HL DIVISION 1 GROUP B ROUND 3

A purposeful second half display saw Dublin record their second victory of their HL Division 1 Group B campaign at a wet and windy Netwatch Cullen Park on Saturday evening.

The Dubs led 0-6 at 0-4 at the break but spurned several scoring opportunities in very testing conditions before improving in the second half to add another two league points to those secured against Laois in the previous round.

Dublin were closest to scoring a goal with Chris Crummey, operating at full-forward, being adjudged to have overcarried in the 26th minute when a penalty arguably could as easily have been awarded.

Five minutes later the big Lucan Sarsfields man pulled something of a goal chance wide on the opposite side after a quick, inviting handpass into space by John Hetherton.

In the 33rd minute Donal Burke tried to find the net from a tight angle but his effort was repelled by Carlow netminder Damien Jordan.

But, against the elements, the Dubs restarted with intent.

The energetic Davy Keogh fired over, from a Crummey pass, Daire Gray got an inspiring score following a long run and Chris Crummey pointed to move 0-9 to 0-4 ahead.

Mattie Kenny’s men face Wexford next Saturday in Croke Park (5.0), the game forms part of a double-header with the FL Division 1 meeting of Dublin and Donegal.