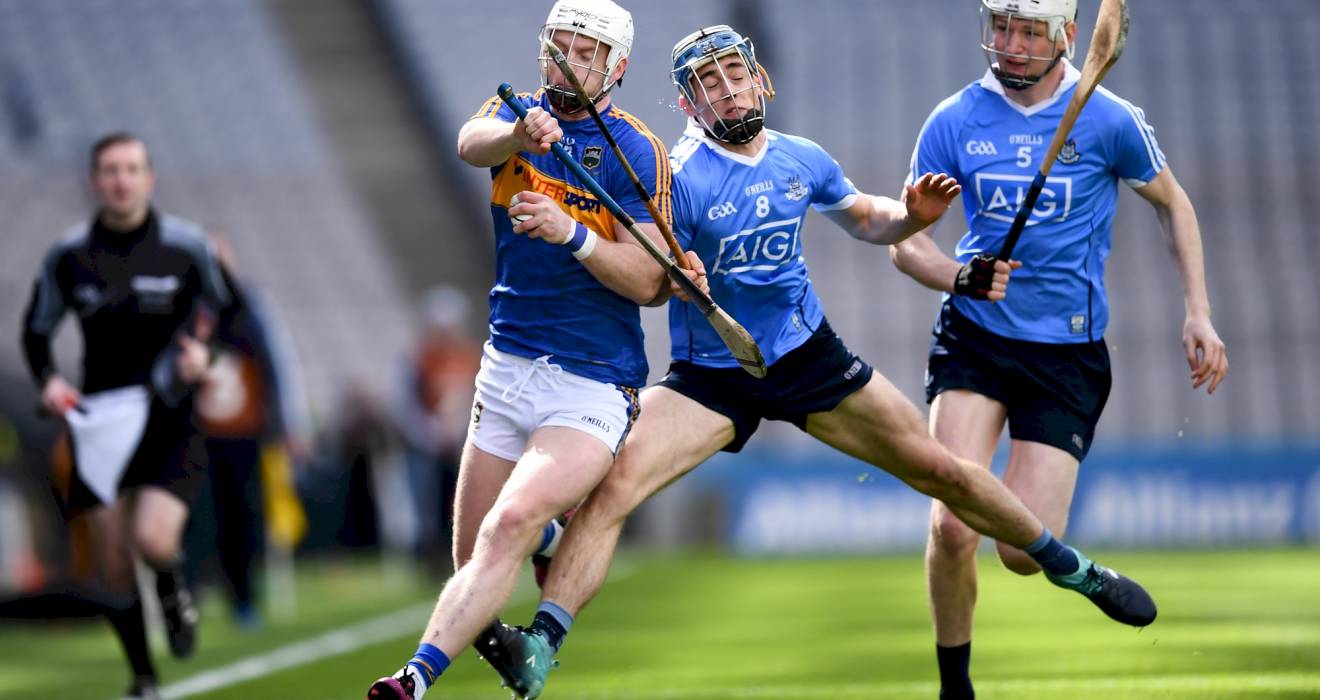 Dublin can now turn their attention to this summer’s Leinster Championship after their NHL ambition was extinguished in Sunday’s Division 1 quarter-final at Croke Park.

The Dubs made a stunning start to lead by eight points on two occasions in the opening 15 minutes but their challenge flat-lined as the half progressed and Tipp eventually cruised home to victory.

Pat Gilroy’s men had the advantage of an extra player in the second half following the dismissal of Ronan Maher in first half injury-time but it was not a factor as the Premier men advanced to a semi-final meeting with Limerick.

Worryingly for the Dubs Chris Crummey had to be subbed after suffering injury (ankle) in the 49th minute and his situation will be monitored.

Tipp led 1-15 to 0-14 at the break and Michael Breen’s 55th minute goal ended any hopes of a successful Dublin comeback.

Dublin made an electric start and led 0-9 to 0-1 inside ten minutes and really threw the gauntlet down to Tipp . . . . who responded in style.

Within the opening two minutes Donal Burke, Danny Sutcliffe and a superb Fionntán Mac Gib, from the Hogan Stand sideline, had the Dubs three up.

Conal Keaney, at the end of a very precise move by Dublin involving Paddy Smyth, Eoghan O’Donnell and Burke, added to the lead before a Burke free made it 0-5 to 0-0 after five minutes.

Dublin were working very hard and had left Tipp in the blocks as points from Paul Winters, Danny Sutcliffe from the Cusack Stand sideline, Winters again and a close-range Burke free made it 0-9 to 0-1 by the tenth minute.

However, Tipperary then came alive and hit five points between the 11th and 17th minute with Dublin just tallying a Shane Barrett point on the run.

In the 26th minute came the decisive score of the opening half when John McGrath rifled to the net past Alan Nolan to give his side the lead for the first time, 1-11 to 0-12.

In first half injury-time Ronan Maher was dismissed on a second yellow card as the Premier County held a 1-15 to 0-14 interval advantage.