Dublin took the lead in the 17th minute thanks to a Cian O’Sullivan point to make it 0-6 to 0-5 after reeling in UCD’s early advantage.

That followed a brace of points from play from his minor team-mate of last season Donal Burke who tied the game up before the midpoint of the half after UCD had hit the ground running to lead 0-3 to 0-0 inside just four minutes.

Once Dublin hit the front the never trailed again with the goals coming from Cian O’Sullivan in the first half and a late Donal Burke penalty. 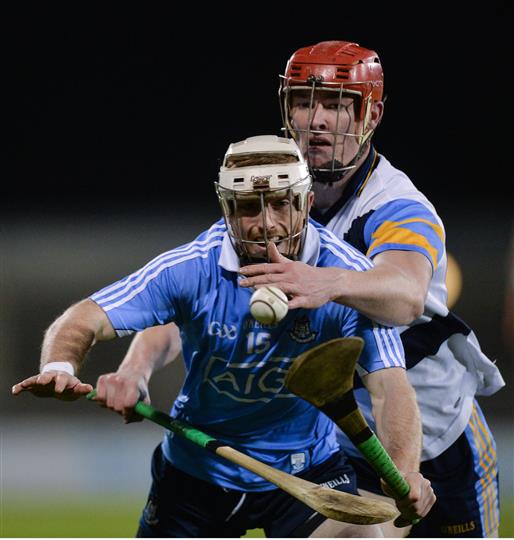 On a couple of occasions they threatened to really cut into the Dublin advantage but each time Ger Cunningham’s youthful side found the scores to fend off the students.

UCD hit three points in quick succession between the 43rd and 45th minutes but Fergal Whitely and Ben Quinn replied for the boys in blue.

The Belfield side rallied again with 20 minutes remaining but again two points from Caolán Conway and another from Alex Quinn, twin brother of Alex, restored Dublin’s strong lead.

Going down the home straight a Donal Burke penalty and Ben Quinn point immediately after ending whatever slim chance UCD had of staging a heroic late comeback.

Despite being slow out of the traps Dublin had opened up a 1-15 to 0-11 lead by the interval.

UCD grabbed the first three points of the contest before Donal Burke opened the Dubs account with a free in the sixth. 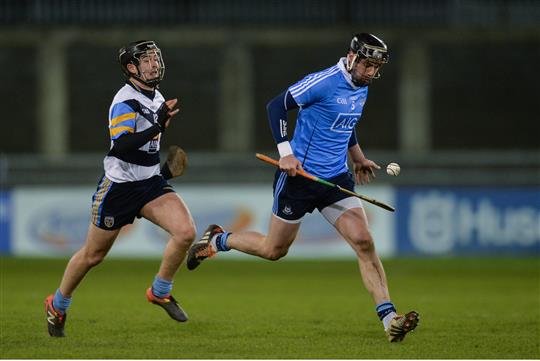 The young Na Fianna man went on to have an influential opening 35 mintues in shooting six free and two points from play.

The only goal of the opening half came in the 31st minute when St Brigid’s Cian O’Sullivan fired to the net past UCD’s Darragh Hughes – his second goal of this Walsh Cup campaign – this one a clinical finish following a superb fetch.

Niall McMorrow chipped in with three first half points, a brace coming in quick succession just at the midpoint of the half as Dublin began to dominate proceedings and they went on to establish a commanding seven-point half-time lead.