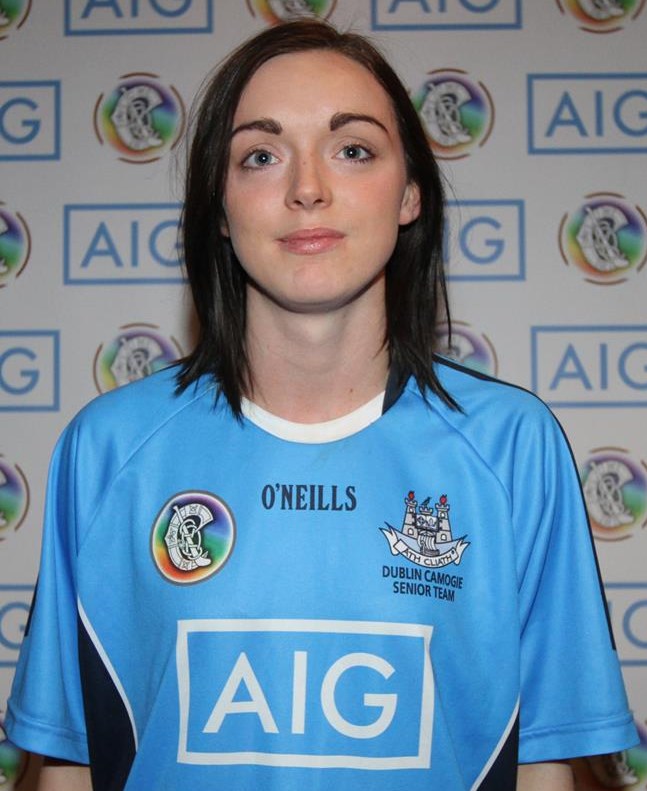 When Eve O’Brien and Laura Twomey lead out their teammates on All-Ireland final day some time in the future, Eve will have a headstart on all her colleagues. For some time the newly appointed Joint Captain has been harbouring a deep secret until deciding now was the time to reveal all in a website exclusive….. the Na Fianna stalwart “used to roll out the red carpet in Croke Park”.

And woe betide… if that carpet is not nice and smooth for the 24 year old Customer Service official.

A European Studies graduate from the University of Limerick, Eve spent time in Germany as an Erasmus study abroad student – an experience shared currently with nearly 3,500 students from Ireland.  She’s in good company as former Cork skipper Anna Geary is also an ex Erasmus student.

While Laura Twomey has a decade of experience behind her, Eve only made her senior intercounty debut a year ago in February 2016 against Offaly in the National League in Banagher during a period when the midlands suffered some of the worst flooding in a century.

The news of her appointment took her by surprise.  “I didn’t expect it. I haven’t been on the team too long and it wasn’t something I had considered. I felt really honoured. It’s encouraging to see the girls showing leadership in different ways on our panel. It doesn’t just fall on one or two people, which I think is really positive.”

Her entrée to the game began at the age of 5 in the Na Fianna Mini-Leagues.  “I remember going up to collect the medals with an old jersey that went down to my knees and we used to get a sliotar and a football to keep. I didn’t get much use out of the football though! (Michael O’Grady will love you for saying that!).”

But her progress has been rapid and her appointment deserved.  Her less than favourite training drill is “the 4 vs 4 possession game in a large square with 4 gates as goals. When done right, it floors you!”   But she possesses a great engine and her ability to cover ground is among her finest qualities.

Public speaking shouldn’t be a problem either as all she has to do is pick up the phone to her famous actor uncle Gary Lydon for a bit of advice.  Gary starred in an acclaimed production of Conor McPherson’s “The Weir” last year and will also be remembered for tv and film roles in “The Clinic” as well as cinema hits “War Horse” and “The Guard”.

Eve is a great admirer of rugby star Fiona Coghlan “a legend” and Olympic champion boxer Katie Taylor “I’m a massive fan”.  When asked her view on the skorts v shorts issue, Eve comes down on the side of shorts.  “Shorts are much easier to play in. The rule is very outdated I think, we should have the option to wear either. Muireann O’Gorman from my club Na Fianna is proposing this change to the board and has a lot of support so we are hoping the Camogie Association will take on the players’ views.”

0 0 0 0
Previous ArticleDublin Senior Camogie Joint Captain - out for the year
Next ArticleTen seats left on Bus to Cork on Saturday.
Comments (0)