Guile and guts get Dublin over the line

Guile and guts get Dublin over the line

Dublin 1-16 Kilkenny 0-16
In time, more than the 10,532 who witnessed Dublin’s first championship win over Kilkenny since 1942 will claim they were in Portlaoise on Saturday night. 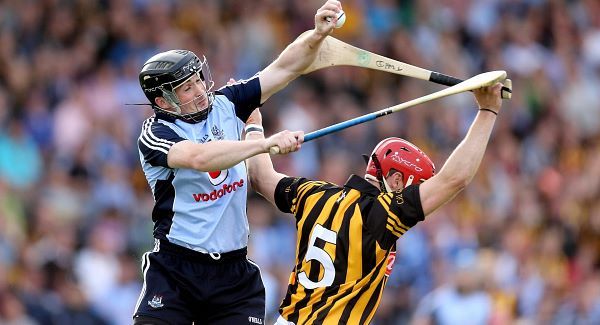 And why wouldn’t they?

To say you were there to witness a piece of history is a badge of honour. To say you were there when the wheels came off Kilkenny’s chariot? Steady on. Any team with the injuries they have would struggle and the sight of Tipperary on the horizon will raise their breasts.

That’s not to take anything away from Dublin’s tremendous display, although Anthony Daly, as you might expect giving plenty of value in his post-match interview, suspected Kilkenny’s difficulties might do just that.

“They’re a great team — they’re the best team I ever saw, so to beat them in any stage… I suppose ye’ll have them written off now and, d’ya know, ‘twas just that they’re tired and all that.”

By no means a classic, the game was nevertheless captivating and punctuated by a sterling Dublin show of guile and guts, which saw them hold a lead from the second minute.

They simply wanted it more and the indomitability shown by the likes of Liam Rushe and Peter Kelly will be hard matched in the remainder of this year’s campaign.

Once more, the Kilkenny attack left a lot to be desired with only Richie Power making any inroads in the second half when he was moved to centre forward from midfield.

Walter Walsh, their best player in the drawn game, was shut out by Paul Schutte and a combination of the ineffectiveness of the Cats’ forward line and Dublin’s fortitude was demonstrated in the starting six up front mustering just two points from play. After last weekend’s draw, there was an indelible bullishness in the Dublin camp and that remained despite what Daly and his men had been hearing all week.

“We deliberately said, ‘we can do nothing about this backlash talk’,” said Daly with a twinkle in his eye. “If I got a euro for everyone who said that ‘pity’ to me between last Sunday night and today, I’d have a few bob.

“So, we couldn’t get wrapped up in that sort of negativity. We had to stay positive for ourselves and try to do that as a management. Richie [Stakelum] is great, Shane Martin has been a breath of fresh air, Hedgo [selector Ciaran Hetherton] needs the odd Valium here and there on the sideline but he’s a great man.

“I couldn’t be prouder of the lads around me and they’ve given everything. They’re giving up so much time in their lives but … and sure, we’re only in a Leinster final after beating Wexford and Kilkenny. You’d be thinking you’d be entitled to an auld cup but no!

“It’s probably harder to win the Munster at the minute. But anyway, we look forward to that. It’s great to be there; it’s great not to be going down that back door system because that would be hard going next week.”

Dublin led 0-11 to 0-7 at half time, with David O’Callaghan weighing in with four points, two sublime efforts from either side of the field.

Six of the other seven came from Paul Ryan, two of them from play, as he aimed to make amends following his early substitution six days previous. He ended the game with five wides and like in the first game had a goal chance saved on the stroke of half time, but gave plenty of bother to Jackie Tyrrell in the opening stages.

Kilkenny’s only scores from play in the half were offered up by TJ Reid, Colin Fennelly and Richie Power as they struggled to get any grip on the game.

An Eoin Larkin free, all 11 of his scores coming from placed balls, brought Kilkenny to within one point in the 53rd minute and it appeared Kilkenny, as difficult as they had it, had timed their run right with Richie Power a real thorn on the 40. Yet they were forced to tinker with their line-up, pushing Aidan Fogarty into the centre where he looked out of kilter.

Danny Sutcliffe’s goal seconds after that Larkin free handed Dublin the initiative, a perfectly-placed shot into the corner after Lester Ryan had aerobically stopped O’Callaghan’s goalbound effort. A couple of Larkin frees cut the gap to two in the final five minutes but Dublin’s defence, led by Rushe, stood firm.

Daly was effusive in his praise for the centre-back. “Ah well, Rushie wouldn’t want me talking about him and he did what we expect him to do. He’d a poor game against Wexford in the replay and, in fairness to the character of the man, I wouldn’t doubt him. He’s come out and backed himself in the two games and he’s been tremendous. But he was as good as the men around him as well; he’d be the first to say that himself.”

It was an evening when very few men in blue let themselves down. When those who say they were there in the years to come, they’ll remember that most.