Hannah and the Clarinet

The steady improvement in the form of the Dublin senior team is down to many factors one of which is the consistency that has been a feature of the defensive unit.    In the recent Leinster Championship clash with All-Ireland (2016) and League champions (2017) Kilkenny, Dublin joined Wexford and Cork as the three teams that have managed to deny the Cats a goal in the current season. 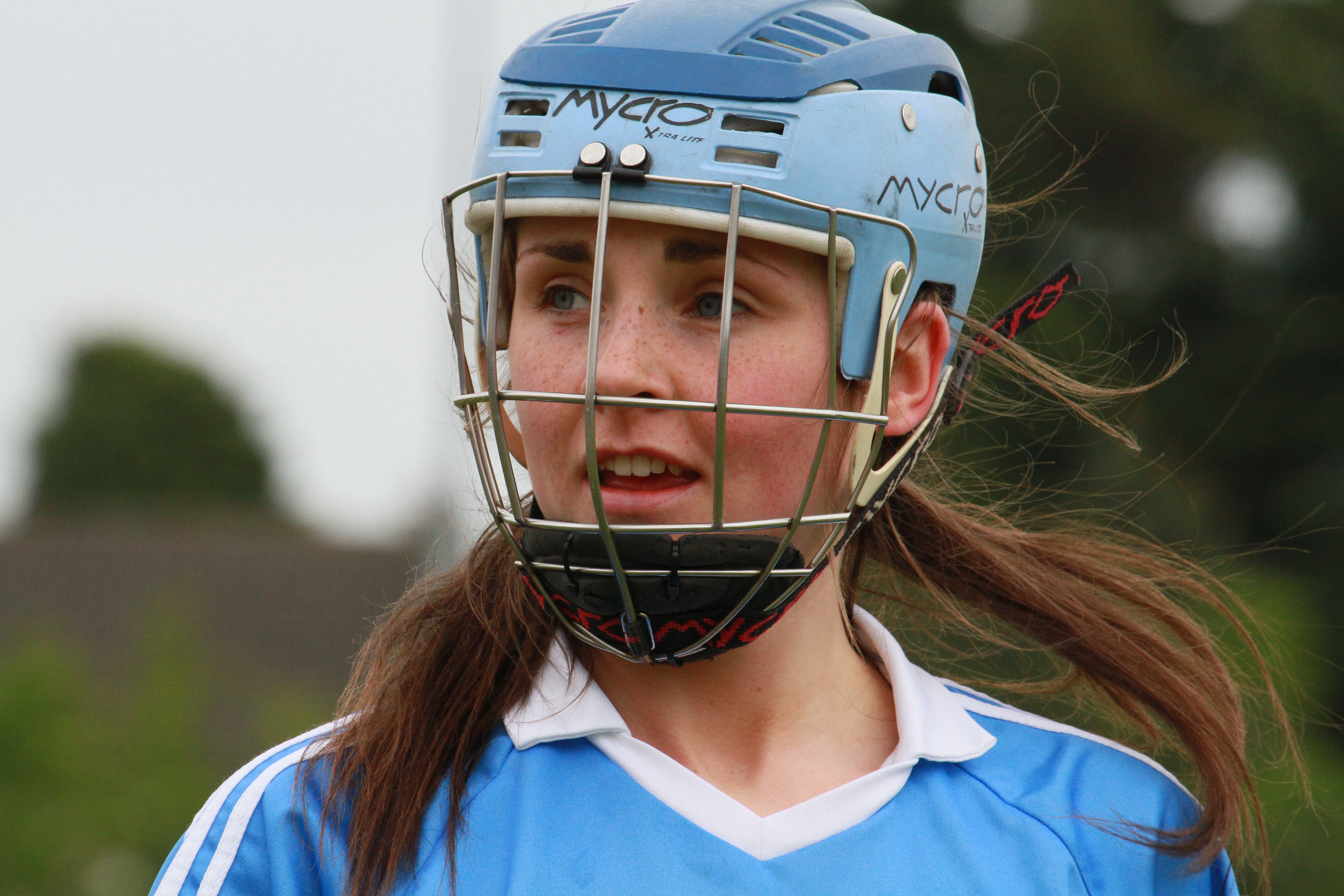 Not a consolation for narrowly failing to win a game that they had within their grasp but a positive sign nonetheless.

Playing her part in that progress is 19 year old Hannah May Hegarty who is in her first season as a senior squad member.  She made her debut in the opening league game in Mallow against Cork and has been an ever-present since.  Hannah belies her tender years and is vocal presence on and off the field.  Her clean striking and tenacity have been honed on the training grounds doing those “one on one fighting for possession drills” that she dislikes.  But Hannah knows the value of training and learning to perfect the skills.  “My earliest camogie memory is breaking my wrist in a school blitz because I didn’t know how to hook someone.”

If the DCU PE and Biology student is ever pressed to perform a party piece that should be no problem as she reveals that she used to play the clarinet in a concert band.

What her pals will make of the news that the animal she says best resembles her is a “panda bear” is anyone’s guess!

As the country waits to know who the next Taoiseach will be, if she were the Taoiseach from Tymon, the first thing she would do would be to abolish skorts in favours of shorts.  Its over to you Leo or Simon!!

Hannah also knows that her journey so far has been helped by many individuals.  She has been inspired by “Lots of coaches that I’ve had while growing up. Liam Devaney and Pio McCarthy from my own club and my mam would come to mind first”.

When the day comes when she will hang up her hurley – Hannah would like to be remembered as one of those who was “part of a Dublin camogie team to win All Ireland titles”.   Wouldn’t it be great if someone were to hand her a clarinet while she collects the O’Duffy Cup – the Hogan Stand would never have seen the like of it!!!