Sutcliffe: One game at a time now for cautious Dublin 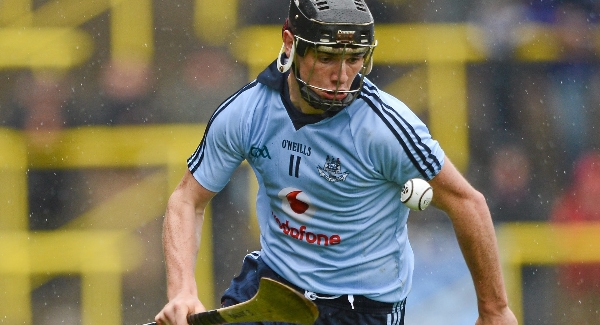 If young forward Danny Sutcliffe is to be believed, Dublin’s hurlers are a much chastened bunch from 12 months ago. year ago, and despite having just been relegated from the top tier of the league, they were the team everyone saw as Kilkenny’s most likely conquerors in Leinster, perhaps even in the All-Ireland championship itself.

A showery June afternoon in Portlaoise put a damper on all that, a 2-21 to 0-9 battering and a few painful lessons handed out by the tigerish Cats.

Dublin got a hurling lesson, yes, but they also got a lesson in humility, a lesson on how to deal with rising expectation.

Two months ago, having just edged out Limerick in the Division 1B promotion final, they met Tipperary in the league semi-final proper with rising hopes. Hopes which were quickly dashed again.

Now, as they head for Wexford Park and a possible ambush in the Leinster SHC opener on Saturday, there’s a little more caution about, according to Sutcliffe.

“We looked beyond the league [last year], got ahead of ourselves and were thinking about August and September way too early, whereas we should have been thinking about each game as it came and didn’t do that.”

This year is different.

“Even when I was talking on New Year’s Day and the Walsh Cup, it was just one game at a time and it’s just Wexford now. We got caught looking ahead last year. I came in after the league in 2011 (won by Dublin, their first national title since the 30s), that was an improving year. We worked hard early on in 2012 and maybe we thought we would be back at that stage automatically in August again — that’s not how it works.”

Nothing is automatic in this game and if Dublin didn’t learn that in Portlaoise last year, they surely they got a very timely reminder against Tipperary in Thurles on April 21 where they shipped 4-20.

“It was a poor performance and that’s not what we are about.

Sutcliffe and Dublin need to be right on Saturday. They have a good recent record against Wexford and even at underage, he can’t recall ever losing to them. “Not that I remember, no, and it’s one thing I hope to continue.” Already this year Dublin have beaten Wexford twice, beat them well at this venue in the league on March 24, 3-19 to 0-15, Sutcliffe scoring three points.

All the pointers are towards another win for Dublin, but only if they get their heads right.

He said: “They won’t be worried about us — I’m sure they have forgotten about those two games. It’s June they were looking at. Championship is a different kettle of fish.”

0 0 0 0
Previous Article"We must be at our best" - Dotsy O Callaghan
Next ArticleDempsey: Victory over Dublin would define Wexford's season
Latest Posts