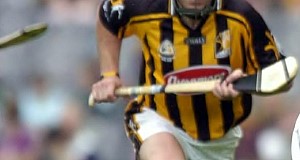 Anthony Daly won’t have any of it.

Put it to him that some of Kilkenny’s players will be out on Saturday to make amends for losing personal battles in their epic Division 1A game against Dublin and he stops you in your tracks.

“They still won though, and some fella told me about it straight after,” he says in reference to the supporter who accosted him following the finalwhistle.

“It’s bad enough losing without some fella roaring in your ear. That’ll tell you the way they think; they don’t even like fellas challenging them at times.

“But that was a supporter and they couldn’t have been more apologetic — Ned Quinn and Brian Cody — after.”

Yeah, Daly knows what it’s going to be like in Portlaoise. Skin, blood and sweat… all will be surrendered easy in what’s likely to the most physical game of hurling seen this year.

Much has been made of the impressive size of Dublin’s players. Tomás Mulcahy recently made reference to the size of Liam Rushe’s thighs – something Daly jovially mocked the Cork pundit about.

Sure, his team are big but then so are Kilkenny, he points out.

“We have a good size team and they are noted for their physicality. We have good sized lads and a few small lads, and they have too.

“You wouldn’t call Richie Hogan a giant but a bit like our lads who are small in stature they punch above their weight — they are strong.

“Kilkenny have really embraced the whole weights scenario and we have tried to do the same over the last few years. If anyone is successful, other teams mimic them. There were loads of teams in the 90s running up and down mountains like Clare!”

“You could get too caught up in that as well so we’ll concentrate ourselves. We have our own particular way of playing and it is a bit different than the Kilkenny way and certainly if you are not competing with guts and honesty for the 50-50 ball you won’t have any chance.

“I’m confident our lads will be able to do that and if we hurl with a bit of freedom, throw off the auldshackles, stop worrying about them and be the best we can be on the day, you never know where it’ll take us.

“Obviously, all things being equal they will be very hard to beat but they mightn’t be 100% ready it’s their first match since a handy league final.

“And, okay, we haven’t had the greatest test either from Laois so no one really knows where form is except they have consistently delivered on the big day and we haven’t done that yet.”

Barry Kelly is the man in the middle for Saturday evening, a referee known to apply a common senseattitude. Daly is understandably diplomatic about his appointment.

“Barry Kelly is a very experienced referee and we’d be hoping that Barry will make a good job of it.

“No one wants to see anyone to get injured — that’s the main thing — but they are all covered in shin pads and helmets and they’ll be grand.

“I won’t comment on his refereeing style. They all vary a bit and just once we see a good performance, we are hoping for a good performance from the players hoping to make the right changes on the line and hoping Barry has a good game in the middle of the field and let’s leave it at that — he has been around the block at big games.”

Daly knows tactics will come into play as well. It’s not as simplistic as brawn winning the game.

“We saw against Cork (in the league final) they completely withdrew the half forward line and midfield and nearly had an 11 man defence there and had space up front and (Eoin) Larkin did the damage and fed the two other boys and the game was over before Cork knew it.”

The emphasis on expression is key to Daly in light of his belief they stalled in last year’s Leinster final against Kilkenny.

“Everyone was talking about a backlash and maybe that played inside in fellas’ heads. I could tell you this time last year we were deliberately avoiding that kind of talk but sometimes it seeps into them.

“Fellas (talking) at work, fellas at school, fellas on Twitter, fellas in feckin’ everything now that they’re looking at and reading, ‘ah there’ll be a backlash!’ Well, there’s no backlash this year. They put us in our place last year, they won the All-Ireland, they’ve come out since and walloped everyone in the National League!”

Furthermore, Daly insists all he’s concentrating on is Dublin putting in a display. “There’s no point in going down if you don’t believe you can beat them! We’re actually not talking about beating them at all, we’re talking about playing our best.

“Being the best that we can be, that’s what we’re trying to focus on.”