If you see the builders outside Alison Maguire’s house, don’t be surprised – they’re probably putting in an extension to house the many honours this multi-talented sports star has collected.  You see – the 27 year old secondary school teacher (Birthday coming up on 24 April!) is a multi talented sports star with All-Ireland medals in three different sports – camogie, athletics and basketball. 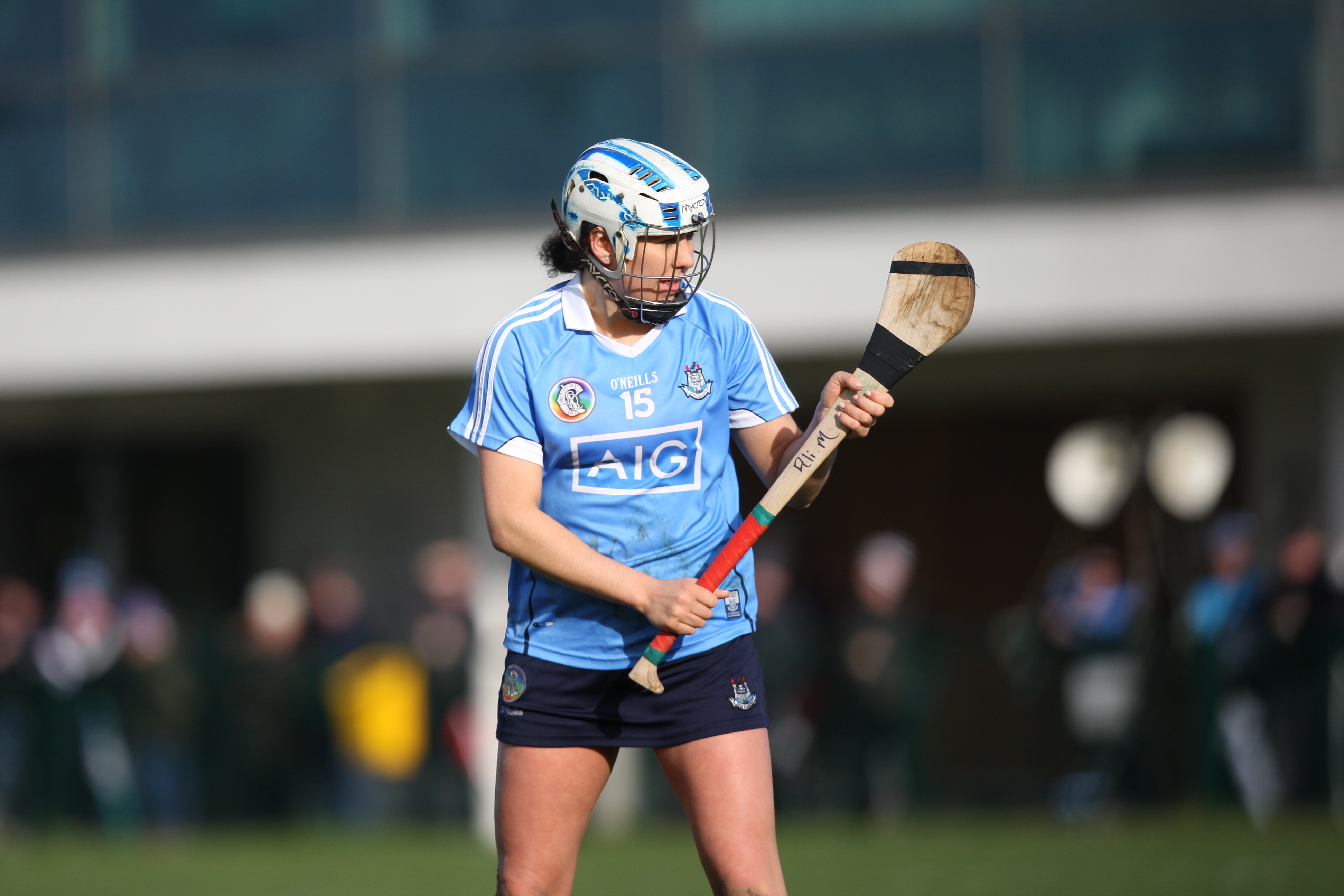 The basketball honours were captured with Killester with whom she has played since 2008.  Her form was impressive and she ended up representing Ireland at a tournament in Luxembourg in 2015.

The All-Ireland cross-country title came while a student at Holy Faith Clontarf and back 14 years ago as a member of the St Vincent’s Under 14 camogie team she won a national Féile na nGael title.

One of her proudest possessions is an Ashbourne Cup medal – camogie’s oldest competition – won back in 2008.   The Belfield squad had a stellar look about it then including such players as Susie O’Carroll of Kildare, Mags D’Arcy, Mary and Una Leacy of Wexford, Cork dual star Rena Buckley and former Dublin colleague Mairead Luttrell (then Tipperary).

For almost a decade now Alison has managed to combine camogie with basketball.  But in 2017 she made the decision to concentrate all her sporting intentions on camogie.  She was among the stars of the recent victory over Wexford – the first competitive win over the Model County for some time.   More form like that and she could be back where she was in 2015 as one of Dublin’s two All-Star nominations (Sarah O’Donovan was the other nominee that year).

By her own admission she was a late starter in camogie not giving it a go until the ripe old age of 10 years.  “I was sampling other sports!! But my earliest memory would probably be the summer camps in St. Vincent’s and going pucking in the park with my dad.”   Alison’s parents Jim and Jennifer seldom miss a match – club or county.  Jim is a football mentor with Raheny and a great source of advice while mam Jennifer …..well ammmm……. works for the HEA!!!!!!

Alison made her senior competitive debut in Nowlan Park, Kilkenny in 2008 in the National League and has been an ever present since.  A voter in favour of Skorts, she’s no lover of a “tackling drill with two in the middle” – whatever that is!!!

Sport is a huge part of Alison Maguire’s life and I have this image of her as a pensioner begging to be put on to take that all important last minute free as the builders sit patiently by wondering should they add an extension to the extension!!