Cadogan back for Cork 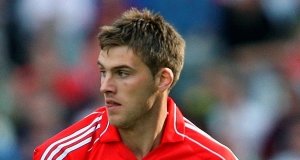 Eoin Cadogan will return from injury to make his first appearance of the year on Sunday for Jimmy Barry-Murphy’s Cork hurling side after being named at left half-back in the side to face Dublin in the Allianz Hurling League Division 1A clash in Croke Park.

William Egan drops to the bench while the only other change from the side that defeated Waterford in the opening round, sees Darren Sweetnam make way for Tom Kenny at midfield. Attacking duo Cian and Niall McCarthy continue to be sidelined with injuries while Conor Lehane, the star of the Waterford match and who captained UCC to win the All-Ireland Fresher hurling title yesterday in Mallow, keeps his place at wing-forward.

Bernard Burke, a member of the Galway All-Ireland U21 winning team, is drafted into the Tribesmen attack for their trip to Thurles to face Tipperary in Division 1A on Sunday.

Tipperary make five changes from the team which lost to Kilkenny in round one for the game with John O’Keeffe, James Woodlock, Shane McGrath, John O’Neill and Shane Bourke coming in for Shane Maher, David Young, Gearoid Ryan, Adrian Ryan and John O’Brien, respectively.

Limerick manager John Allen is forced to plan without last year’s U21 attacking stars Declan Hannon and Kevin Downes for Sunday’s Division 1B trip to O’Moore Park to face Laois. Hannon continues to be sidelined with a groin injury while Downes is out due to a hamstring injury.

Allen has made one change in personnel for the game with Stephen Walsh coming in at right corner-back, in a move that causes a positional reshuffle which sees Seanie O’Brien drop to the bench.

Laois manager Teddy McCarthy has made just one change from the side that lost to Offaly in the last round with Stephen Maher coming in at left half-forward instead of Darren Peacock.