Cats ready for the big stage 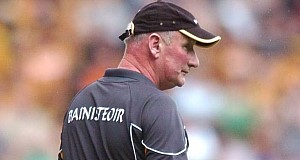 What a weekend of hurling awaits.

On Saturday, it is the long-awaited clash of two big-punching heavyweights when Leinster and All-Ireland champions Kilkenny face down the Dublin challenge in Portlaoise, while less than 24 hours later, Munster champions and beaten All-Ireland finalists Tipperary will be trying to hold off fast-charging Cork in Páirc Uí Chaoimh,

Yet for all that, they’ve both long been flagged, the two games are coming in slightly under the radar, very little publicity for the last few weeks as Euro 2012 and Ireland’s rugby team’s tour of New Zealand have taken pride of place. Last weekend, we had the heroics of Graeme McDowell and Pádraig Harrington in the US Open also demanding coverage and elbowing even these two upcoming great games aside for another day.

All very understandable, says Kilkenny boss Brian Cody; in a crowded sporting calendar, hurling simply has to wait its turn.

“A lot of other big games have been played as well and there wasn’t a lot of publicity for them either,” he points out, “but none of these games are under the radar for the counties involved.”

No, certainly not for Anthony Daly’s Dublin.

Cody has long flagged the coming of the Dubs as a force in hurling. But this game is seen by many as almost a make-or-break moment for them. Dublin hammered Kilkenny to win the league last year and claim their first national title since 1939. On the back of that, they were favoured to at least reach the All-Ireland final but lost out in the semi-final to Tipperary. As soon as the draw was made for this year’s championships, Saturday, June 23 was the date on Daly’s mind. To get to a Leinster final, they would have to go through Kilkenny.

The thing is, this date has also been on Cody’s mind, on Kilkenny minds.

“Certainly it was there. We had a good league, got to the final and won it as it turned out but very definitely we’d have been aware at all times that we were probably going to face Dublin in this Leinster semi-final and it was always going to be a huge battle for us.”

Dublin didn’t fare well in the league this year — they were relegated without a win to their name. Didn’t matter, says Brian.

Dublin’s focus would have been on beating Laois in the Leinster quarter-final, then this game.

“The reality of it is that while Dublin would have liked to have maintained their league status and didn’t want to get relegated, thechampionship is their priority. They reached the All-Ireland semi-final last year and could easily have reached the final. They’re up there with the top teams.”

Dublin have all their big guns back, the three cruciate victims from last year, Conal Keaney, Tomás Brady and Stephen Hiney, all now fit and ready, while Kilkenny have contrasting injury reports. Talisman and all-time leading championship scorer Henry Shefflin has recovered from his shoulder injury but midfield giant Michael Fennelly is extremely doubtful, still rehabbing the broken ankle suffered in the league final.

“Henry is good, he’s injury-free and has been training well for quite a while now and is not an injury doubt. Michael Fennelly is a doubt though. He has improved a fair amount in the last few weeks but probably won’t tog out at all. We have injuries but we’re not focusing on that. We’re not sure yet who is or who isn’t going to be available, we’ll wait and see what situation we find ourselves in. But it’s no different to Dublin last year I suppose. The tables are turned in that we have injuries and they are almost clear. They have hugely important players back for Saturday.”

While Fennelly’s loss would be a major blow, also slipping under the radar is that Cody and Kilkenny have been quietly rebuilding and reshaping this team over the last few years.

All were very deliberate moves by Cody. “That’s what we do, we always use the league in a serious way to introduce players, try them out in competitive action, that’s always been an avenue for us and was again this year.”

What it means is that the Cats are still the team to beat. A bit like Ireland in New Zealand, on the same day Dublin too are looking for respect, they too are trying to break through their own glass ceiling. And, warns Brian, they’re well capable of doing so.

“The All-Ireland champions will always be the team to beat, no matter who they are, that’s the way it works. Whoever wins the All-Ireland title this year will become the team to beat. That’s all you are, champions for that year only. The reality is we’re capable of beating Dublin this Saturday night, they’re capable of beating us, we’ll have to wait and see how it works out.”