Crokes and Boden must do it again 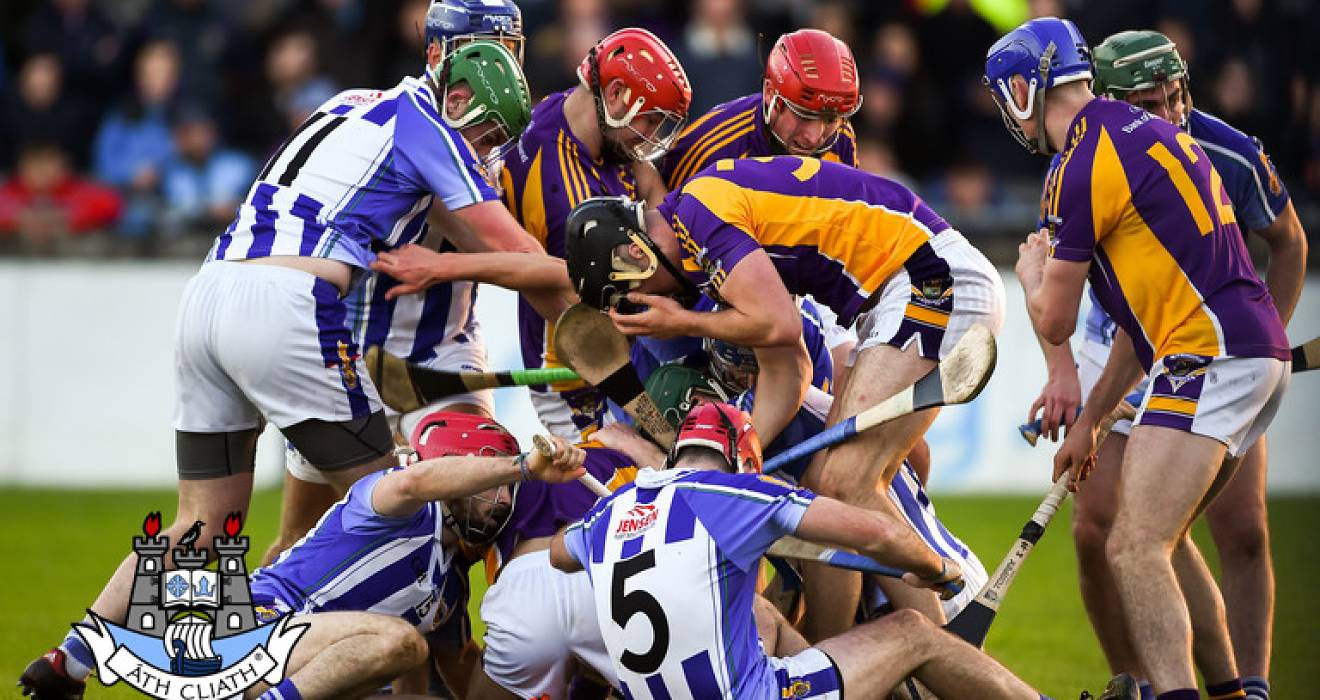 They’ll have to do it all over again after 80-plus minutes of action couldn’t separate these southside rivals in a titanic Dublin SHC ‘A’ decider at Parnell Park on Sunday.

The replay will take place next Sunday at the Donnycarney venue (3.30) in a action-packed weekend of finals for Dublin GAA.

Players from both camps gave their all in a tense, physical battle and before the finish the signs were there with exhausting sides probably glad of a second chance.

Boden trailed 1-12 to 1-10 in the 59th minute yet almost snatched victory in normal time and were two adrift again with five minutes remaining in extra-time before summoning up a draw.

In normal time a Paul Ryan free as the game moved into the 60th minute was quickly following by an Aidan Mellett goal, following good work by Simon Lambert and Conor McCormack, and the New Ireland Assurance Cup looked to be heading to Boden.

However, Crokes keeper Matt Collins’ quick puckout resulted in a Cian Mac Gabhann point and a massive Marc Howard free from inside his own ’65’ brought the sides level.

Howard, who scored 0-11 (0-10f) overall, had the opportunity to snatch victory right at the end but his long-range free tailed off and we entered extra-time.

Three points from Paul Ryan, including a superb sideline, had Boden two up before Kilmacud Crokes battled back to bring the sides level once again by the interval in extra-time.

Crokes then looked like they had moved into a winning position when points from Ross O’Carroll and Oisin O’Rorke pushed Anthony Daly’s men two points clear.

But typical of this battle Boden did enough by full-time to earn a second day out when scores by Niall McMorrow and a converted free from Paul Ryan brought parity.

Ryan, who finished with a personal tally of 0-11, could have been the late, late hero for St Enda’s but his angled drive from close range was smothered in a packed square as both teams lived to tell the tale.

In the opening half of normal time Crokes raced out of the traps with Seán McGrath providing the ideal start as they led 1-1 to 0-0 inside three minutes.

However, a Boden free from Gary Maguire, backed by the strong wind, carried all the way from inside his own ’45’ and looked to make it all the way to the net after both Conor Dooley and Paul Doherty rose to try flick it on to Collins’ net to lead 1-8 to 1-5 at the break.