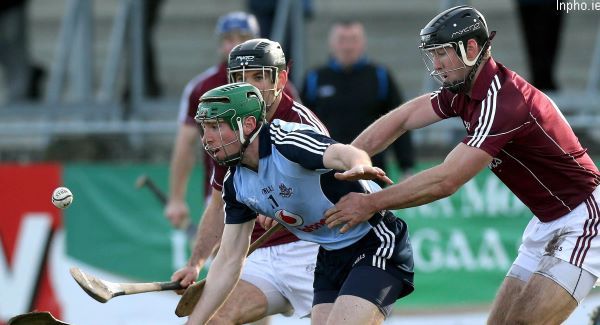 “We stayed with it and that was the most pleasing thing. There were times in the second half where frustration was getting the better of the lads, with mistakes being made, but we kept at it and eventually we got the breaks,” said Daly.

The Dubs made a bright start, with Paul Ryan’s goal and three points from Johnny McCaffrey handing them the early initiative. But, despite the 18th minute dismissal of Andy Smith, the visitors led 1-11 to 1-9 at the break, with Jonathan Glynn netting.

Niall Healy added to Galway’s lead after the break but a 44th minute Danny Sutcliffe goal and late points from Shane Durkin and Ryan ensured Dublin’s progression to the final.