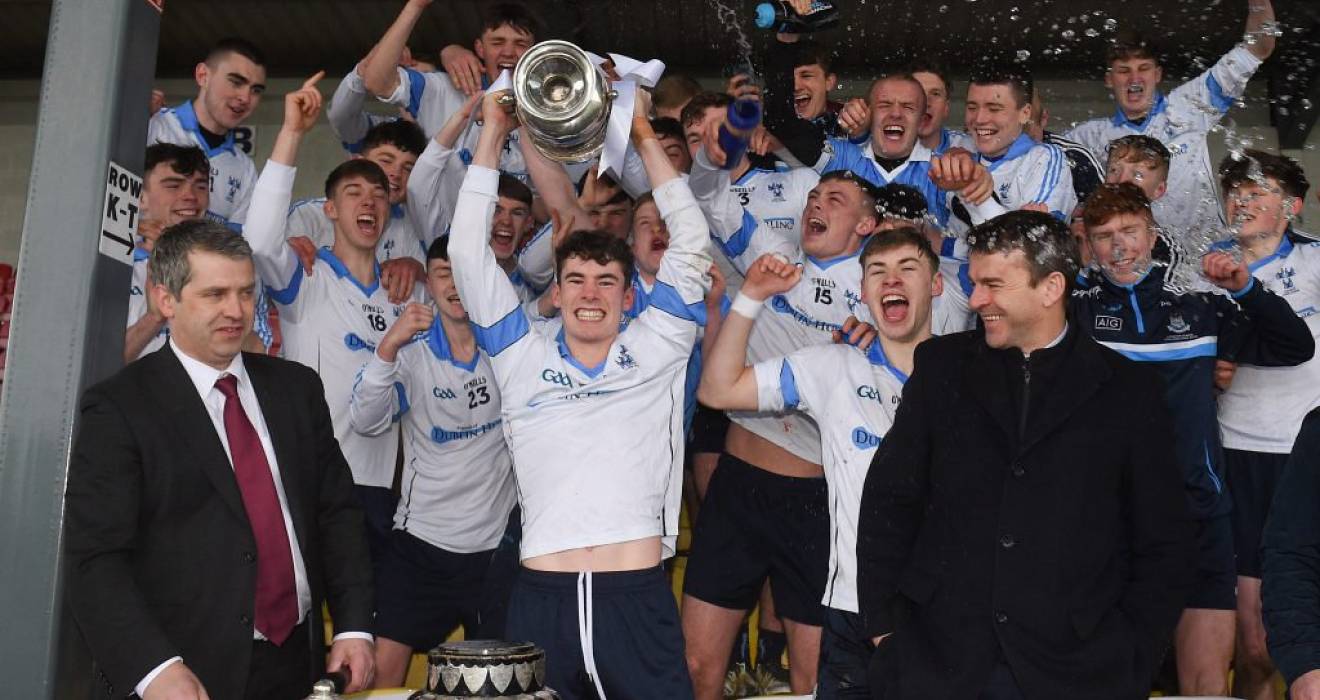 Dublin North are Top Oil Leinster PP Schools Leinster SHC ‘A’ champions for the first time when they finish on a high with a crucial scoring surge to defeat Kilkenny’s St Kieran’s at Netwatch Cullen Park on Thursday.

Despite their victory the combined Dublin side don’t go forward to fly the provincial flag in the All-Ireland Series – owing to rule for combined teams – and Kieran’s now progress as Leinster’s representatives.

Kieran’s were 0-4 to 0-3 in front after 20 minutes when North Dublin’s full-forward Seán Currie fired clinically to the net.

Micheál Murphy, was excellent from deadball and by the break Paul O’Brien’s troops led 1-7 to 0-7 with Andrew Dunphy and Kevin Burke, younger brother of Dublin senior Donal, doing well at the back.

St Kieran’s started the second half well with Adrian Mullen’s 38th minute goal nosing the Cats into a 1-9 to 1-8 lead and with less then and with 15 minutes remaining a Eoin Cody free extended that lead, 1-11 to 1-9.

However, it was Dublin North took control until the final whistle with Murphy (three frees), sub Billy Ryan and Currie all on target to capture Corn Ui Dhuill.