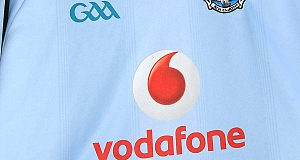 Clare boss, Eamonn Fennessy described the dramatic conclusion to this pulsating tie as “heartbreaking”, after his young charges saw two massive decisions go against them, enabling Dublin to snatch the honours.

The Banner boys had been the better side for most of the game but had been pegged back to parity by a gutsy Dublin unit.

Right on the hour, Clare’s Bobby Duggan appeared to have put his side in front with a free from wide on the right. The shot was waved wide though and the decision confirmed after consultation with referee, David Hughes.

From the next passage of play, the outstanding Jamie Shanahan was adjudged to have over-carried when it looked like he was pulled back.

Paul Winters’ attempt to secure a winning point from the 70 metre free was dropping short but O’Rorke was on hand to double one-handed on the ball to bag his second goal and send Dublin into the All-Ireland final for the second year running.

Fennessy felt Duggan’s attempt was over but argued that the decision against Shanahan was the more significant call.

“To me, that was definitely a Clare free and that seemed to change it more than anything else” said Fennessy.

“I definitely think it was a point, but it is the free I’d have a bigger issue with.

“As far as I was concerned our player was being fouled, he was clearly being held. The decision went the other way and it’s a decision two years in a row that’s gone against us.”

Dublin manager, Shay Boland admitted that he thought it was “soft” but was pleased with the manner in which his side stayed in the game.

Despite Cian Boland putting them ahead in the first minute, they trailed by seven points after Shanahan had smashed a 14th minute penalty to the net. It was a dreadful decision by Hughes as Dublin goalkeeper, Cian McGabhann committed the foul on Shane Taylor well outside the square.

Crucially though, O’Rorke found the net two minutes later and a brilliant 23rd minute goal by Caolán Conway had Dublin well in contention at half time, just 1-11 to 2-6 in arrears despite being clear second best.

“We did that against Wexford as well” recalled the Dublin boss. “Wexford got a penalty against us and we came back and got 1-1 immediately after that. We’ve been able to bounce back in matches which is a good trait from the lads.

“The goals… you know, earlier on in the year, we were scoring more goals so today was probably the first time we scored four in I don’t know how many matches.

“So yeah, they were important and they were at key times which kept us [in it]. It looked like it was slipping away from us at times but we were able to get a goal and it kept us in the game.”

They hung in there during the second half but looked in trouble when Shane O’Donnell took a pass from Conor Deasy to drive an unstoppable shot to the net in the 41st minute. That put Clare five points clear and seemingly on their way to a victory their play probably merited.

Dublin sub Donal Gormley had quite an impact however, and his miss-hit shot for point was gathered by Colm Cronin five minutes from time. The midfielder-turned-full forward found the net with a low shot.