The Dubs looked to be working their way to victory in the second half before Quinn’s well-taken goal saw them move five points clear after a close battle.

Alex followed with a point from play and Fergal Whitely’s late, late point saw the Dubs move seven up. 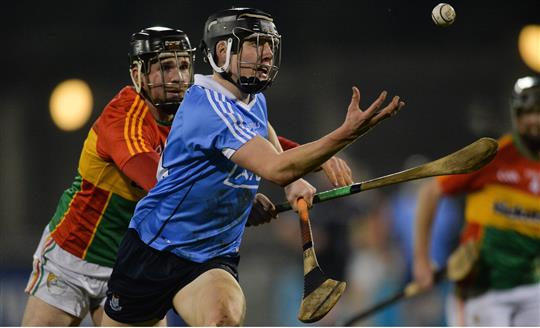 Both sides finished with 14 men after Dublin’s Liam Rushe and Carlow’s Jack Kavanagh were red-carded in the 27th minute of the second period.

Debutant Donal Burke, a Dublin minor hurler 2014-16, made an impressive start when he fielded a high delivery before being fouled, but fired over the resultant free.

The Na Fianna lad enjoyed a good first half and by the break had converted four frees.

Newcomers Canice Maher and Donie Fox also got in early on the scoring act, while Fionntain McGibb cut over a sideline, as Dublin led 0-5 to 0-1 inside just eight minutes. 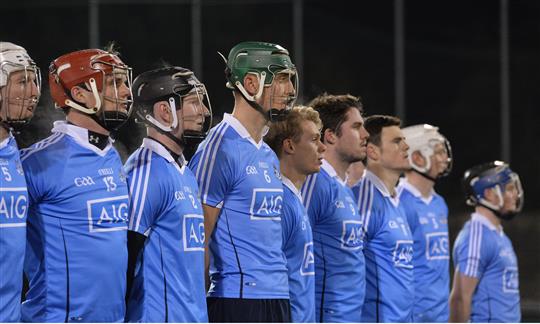 However, Carlow battled back with a Denis Murphy free before Chris Noland rattled the Dublin net and when John Michael Nolan added a point from play the visitors were 1-3 to 0-5 ahead.

It was a short-lived advantage as St Brigid’s Cian O’Sullivan, a minor hurler the past few seasons, cracked home a Dublin goal following good approach play by Fionntain McGibb and by the break the Dubs had moved four points clear.

Dublin hurlers face UCD next Wednesday night (January 11, 6.30) in their next Walsh Cup Group 3 game and conclude their group regulation games away against Wexford on Sunday, January 22 (2.0).