“I love the hurling game and I’m not ruling that out.

If there was a recurring theme in Ciaran Kilkenny’s explanation yesterday of why he quit Australian Rules to focus on Gaelic games, it was passion. A lack thereof for the oval ball code and an overwhelming amount of it for his native game. 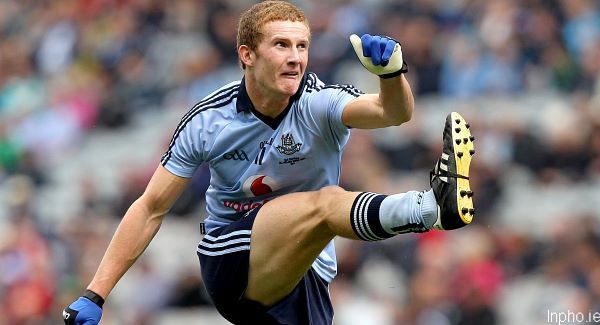 Kilkenny is, of course, the 19-year-old Dublin dual star who has the Gaelic world at his talented feet.

Further evidence of his majesty was visible last week as he shot a staggering 2-10, including 2-8 from play, for the Dublin U21 footballers in their Leinster championship demolition of Carlow.

Kilkenny strolled around the Parnell Park pitch that evening like a player without a care, carrying the ball one handed, back handed, at times, before releasing the most sure-footed of left and right foot strikes.

This weekend, he will team up with the Dublin senior panel for their Allianz League encounter with Mayo at Croke Park.

It will be his first taste of senior action since, ironically, facing Mayo on his debut at the same venue in last year’s All-Ireland semi-final. In between, there was his ill-fated six-week stint as an international rookie with Aussie Rules side Hawthorn.

But life is good right now and if there is lingering regret inside Kilkenny about his failed Australian experiment, then it is not at all visible.

“I think if I played any other game, I’d always want to just come back to the GAA,” said Kilkenny.

“Even when I was going, a week before I was about to go, I said to my parents, ‘Look, I think I’m going to stay’. But they said you might as well give it a go and have no regrets.

“I’m just glad that I did go out and it made me appreciate what I have here and made me realise how much I love the GAA. It’s just the free-flowing flair that’s in the GAA, the end to end nature of it, the passion in the game is phenomenal.

His return has not been without controversy.

Dublin hurling manager Anthony Daly said he tried numerous times to contact the Castleknock teenager about playing for the county hurlers but got no response.

Kilkenny is an ultra-talented hurler too, competing in the 2011 All-Ireland minor final. He will be involved with the Dublin U21 hurlers this year too.

“I’ve never hidden my love for hurling,” said Kilkenny. “I love the hurling game and I’m not ruling that out. As the old seanfhocal says, ‘Is maith an scealaí an aimsir’, I don’t know what’s around the corner.

“I love hurling and I love Gaelic football so it could be a potential for me if I get picked.”

Asked if he was ordered by Jim Gavin to concentrate solely on football, Kilkenny rejected the suggestion.

“No, it was just at the time I said I was going to prioritise my club as soon as I came back, the (Dublin) U21s and seniors and then a bit of U21 hurling so, at the time, I said it would be best to concentrate on them aspects and see how things go,” he added.

“The next games that were coming was the one against Kenmare for the club and then the U21 football championship so they were the two that I kind of prioritised.”

Hawthorn have stated that the door isn’t fully closed on Kilkenny, hinting he might follow the lead of Down’s Marty Clarke by returning to AFL for a second spell.

Kilkenny says it’s different with him though. He insists it was never a case of being homesick or of failing at the game. Rather he simply didn’t enjoy the game and the professional demands.

“The whole professional lifestyle probably wasn’t for me,” he said. “I just enjoy playing purely for the love of the game. I remember when I was out in Australia, I was going to do extra kicking practice one day and they kind of said, ‘no, don’t go out and do that’.

“I was kind of like, ‘but the only way I feel I can get better is by going out and kicking a thousand balls and perfecting my game’.

“So it kind of comes down to I’d rather play the game out of love, out of pure enjoyment than it being my job.”