No mixed feelings for Keaney

The craic will be 90 with his Galway father Sylvie this week but in Croke Park on Sunday, Conal Keaney will be keeping it strictly professional. 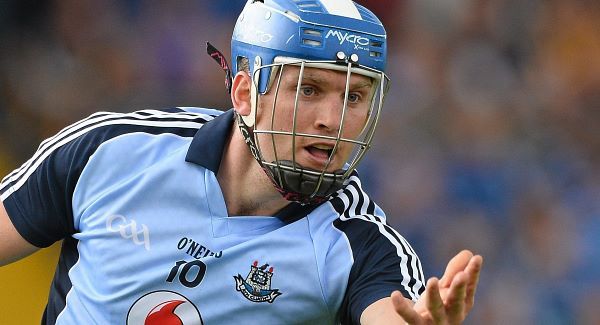 Sylvie is originally a Carna-Cashel man (“football, really” adds Keaney) and left a huge impression on his son.

“It’s great, there’s a bit of banter in the house. I was a supporter of Galway for years when I was younger, now it’s a different story.”

Keaney, who was buoyant following the drawn game against Kilkenny, was just as assured after last Saturday’s replay victory. The best is yet to come, he insists.

“I knew (after the first game against Kilkenny) we were all confident we could produce a performance that would be good enough. But I still don’t think we’ve produced a really good 70 minutes. We do it in patches but we’ve another big game this Sunday and it’s about getting to where we want to be.”

The former dual player is pleased the Galway game has crept up on them so quickly. For a start, it will ensure the famous win over Kilkenny won’t get to their heads.

“So many times Dublin have done well before and the bandwagon starts and everyone is a supporter all of a sudden. It’s great for the supporters and let them enjoy the next couple of days.

“But for us it’s about enjoying it for a couple of hours and getting the recovery in and focusing on Galway. They’ve had a couple of weeks looking at us and trying to get their game-plan right. Anthony Cunningham is no slouch and knows all about Dublin hurling.”

Keaney felt the benefits of Ross Dunphy’s hard training regimes were there for all to see in the final 15 minutes of the semi-final replay.

“Last year, after the defeat we got not only against Kilkenny but in Clare as well, it really hurt and we were back at it earlier this year and went at it very hard.

“Maybe it’s standing to us now. It was a long, long winter training in Crumlin. It’s a killer to even think back to the cold winter nights running and running and you’d ask if there was any light at the end of the tunnel but it’s days like these that make it all worthwhile.”