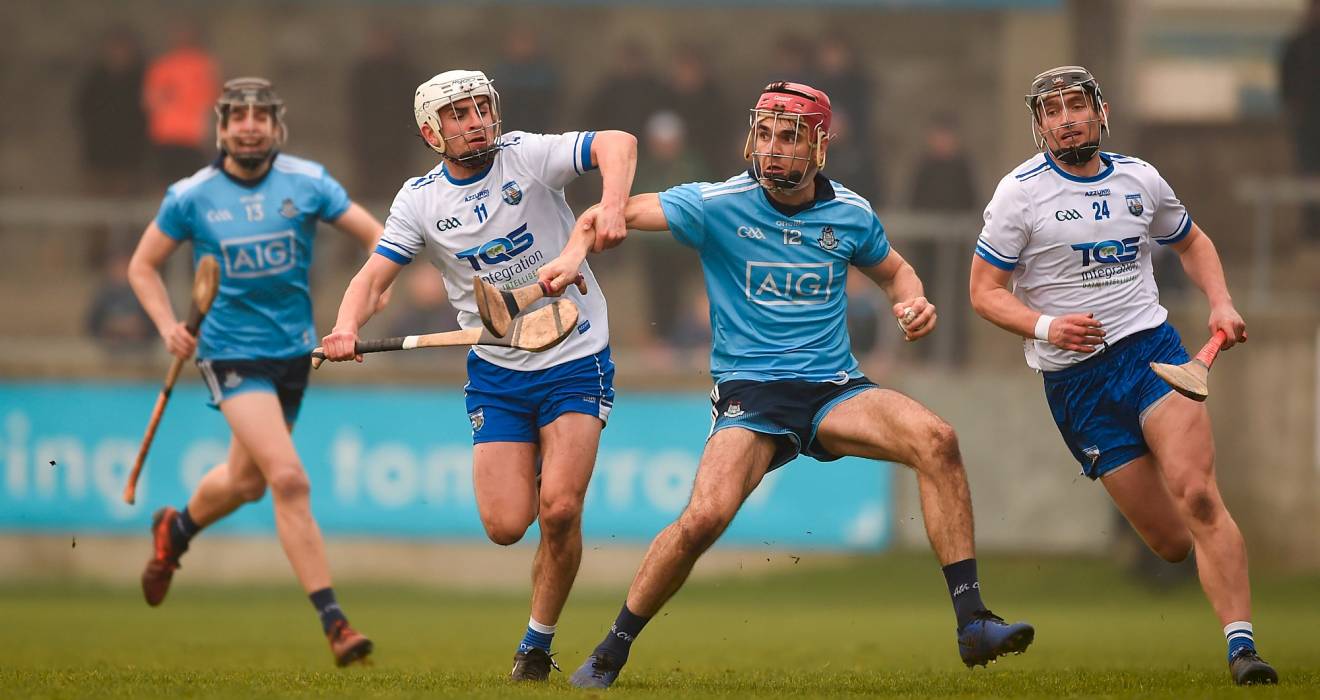 Dublin showed true grit to respond to the concession of four goals before prevailing in this pulsating HL Division 1B encounter at Parnell Park on Sunday afternoon.

The game concluded in great drama with Waterford awarded a penalty, that resulted in the dismissal of Darragh O’Connell, in the fifth minute of added time but Alan Nolan was the late, late hero when denying Stephen Bennett.

This victory and display were a confidence-booster for Mattie Kenny’s men following their lacklustre defeat to Galway in Salthill as they prepare for their concluding regulation game against Laois next Sunday at the Donnycarney venue ahead of the quarter-final knockout stage.

The Dubs led 0-14 to 3-3 at the half-time interval with all three of the Déise goals coming before the 25th minute at which stage the Munster men led 3-1 to 0-7.

In the fourth minute a Stephen Bennett free from 65 metres looked set to be gather by keeper Nolan but he fumbled the sliotar to his net.

In the 17th minute Tommy Ryan was the beneficiary of some absent Dublin defending to strike goal number 2.

Then for goal number 3 brothers Stephen and Shane Bennett combined for Shane to apply the finish.

Dublin responded well though with points from Chris Crummey, Danny Sutcliffe and a fine John Hetherton effort that was followed by another by Eamonn Dillon to move 0-11 to 3-1 in front.

Kenny’s men finished the half on the up also with points from Oisín O’Rorke (free), after a foul on Shane Barrett and another Crummey point following good work from the hard-working Danny Sutcliffe.

Eight minutes into the second-half Liam Rushe struck for a vital goal for the Dubs.

Dublin had to endured a sustained period of Waterford pressure in the second period which resulted in five unanswered points but Dublin showed mettle to reply with scores from Dillon, following good work by Rushe, and O’Rorke.

But Waterford hit back with their fourth goal as the Bennetts again combined.

Wateford edged in front with a Kevin Moran point (1-20 to 4-11) but Fergal Whitely and O’Rorke (free) were on target for Dublin.

Dublin were the livelier in the finish with scores from O’Rorke (two frees and one from play) but after all their hard work it could have been snatched away at the finish but for Nolan’s late heroics.