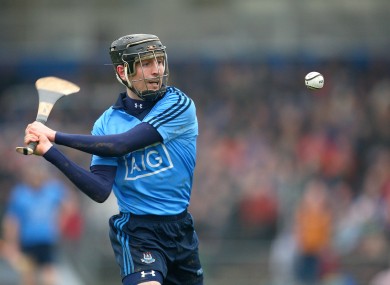 DUBLIN HURLING BOSS Anthony Daly has made the sole change to his team ahead of Sunday’s All-Ireland quarter-final clash with Tipperary in Thurles.

Experienced Kilmacud Crokes defender Niall Corcoran comes in at right-corner back ahead of Paul Schutte in the only defensive alteration. Midfield, which features captain Johnny McCaffrey, and attack remain untouched from the team that lost the Leinster final by 12 points to a rampant Kilkenny.

Tipperary named their starting 15 on Thursday and stuck with the same side that swept Offaly aside in their qualifiers encounter.

Throw-in for Sunday’s match is 4pm at Semple Stadium.