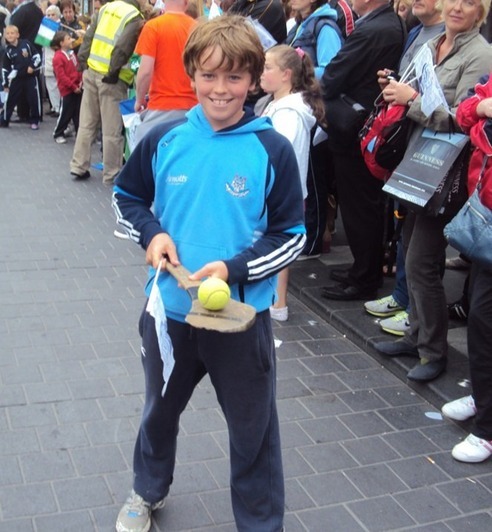 The streets of Dublin were filled with young GAA players who descended on the capital city last night for the start of the 42nd annual Féile na nGael – a tournament for hurling, camogie and handball.

Under-14 teams and marching bands from all over Ireland took part in the parade through the streets of Dublin shortly after the evening rush hour ended.

Crowds gathered on the main thoroughfare, O’Connell Street, as the parade passed by.

Hundreds of young players have traveled from all parts of the island to take part in the event, which is hosted by a different county each year. It hasn’t been held in Dublin since the early 1980s.

It was a colourful affair with club flags, jerseys and marching bands:

Village U-14 players lead out the parade at the 2012 Féile Na nGael. pic.twitter.com/yMFcv4Vc

The voice of Gaelic games was at the helm of the parade commentary:

A big welcome in Croke Park for teams from around Ireland. Division one and two winners will play there tomorrow:

David Lynch also took this short video of the teams as they walked down O’Connell Street:

Games are taking place all over the county today:

@AnFearRuaGAA What Feile Na nGael is all about, friends made for ever! pic.twitter.com/9DJ6sW8e